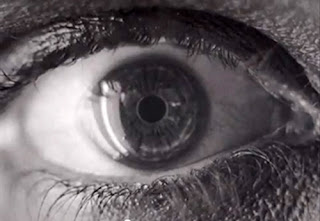 This review is definitely a day-late-dollar-short kind of thing, because this was a one-time-only screening, and I'm in a hyphenate-everything kind of mood. However, I hope to introduce some new people to a fun event that they might be interested in, especially those of you who are film preservation enthusiasts.

On Wednesday evening, I went to the Sprocket Society's 5th anniversary screening. And yes, it was FREE for me, because I volunteer at the film forum, now, and therefore, I get into screenings FREE.  Did you hear that? FREE!!!

You, the sad, non-volunteering public, would have to pay a maximum of $10 for Northwest Film Forum movies.  That is as cheap as it gets, AND you can become a member for $45 and enjoy $6 ticket prices year-round (among other member benefits). You should get on that, because it's an awesome deal.

The Sprocket Society is a local group that "seeks to cultivate the love of the mechanical cinema, its arts and sciences, and to encourage film preservation by bringing film and its history to the public through screenings, educational activities, and our own archival efforts."
(See their website here.)

For this screening, we watched a delightful group of short films - and I mean FILMS, no digital here. My favorite was a short film from Canada which featured extreme slow-mo, extreme close-up shots of a piece of popcorn being oil popped.  SO cool. The group of shorts was well-curated, entertaining, and had real humor in it.

Then there was a short break, and we enjoyed the feature-length Million Dollar Legs (1932) starring W.C. Fields.  That was frankly a snooze.

But, I tend to not have the attention span for early cinema feature-length comedies. Or dramas for that matter.  Pretty much the only movie from that era that you could get me to watch more than once is The General (Buster Keaton, 1926), because that movie is hilarious.

Overall, it seemed like a really friendly group of people who were all passionate about film, which made me want to keep coming back for more screenings.  Especially if there's an opportunity to see more film shorts!

Check out their website for information about upcoming screenings. I saw the Anniversalodeon at the Northwest Film Forum, which is a great place to see odd, compelling, artful, truly independent films, as well as film preservation events such at this.